22-03-2021
Members are advised that the Shows scheduled at Orchard Hills for this coming weekend, 27th & 28th March will proceed as planned. Improved weather conditions are forecast towards the end of the week, however the Grounds Team have advised that some parking areas may be unavailable due to minor flooding. As such, access to some of the regular parking areas may be restricted. DOGS NSW will provide further updates as they become available.
Read more

This is probably among the most important reports I have presented to you. Please read carefully. I urge you to act immediately.

We had discussions with the representatives of the Party present in relation to, the adverse impact of the current RSPCA Breeder Compliance Unit auditing of hobbyists or recreational breeders on the basis that these breeders were Animal Traders and, as such, Commercial Breeders which has resulted in a depth of anxiety throughout our community.

It is our deep concern that this may lead to the extinction of many pure bred breeds in NSW, paving the way for the proliferation of the large Commercial businesses, where puppies are raised in albeit, sterile, but impersonal, battery style facilities.

Following the announcement of the proposed Prevention of Cruelty to Animals Amendment (Increased Penalties) Bill, The Shooter, Fishers and Farmers Party have taken up the fight for hobbyist animal breeders, who are being unfairly targeted by animal welfare agencies.

Part of this fight includes moving an amendment to POCTAA that will redefine what it means to be Animal Trade. This will require animal welfare agencies to perform checks and balances prior to entering small hobby or recreational breeders’ properties and imposing large penalties or confiscating animals that relate to breaches of the Code for Breeding Dogs and Cats but NOT for matters relating to Cruelty to Animals.

For many years DOGS NSW has advocated for a change to the definition of Animal Trade. A recent review of our current Breeder statistics revealed that this proposed amendment will bring relief to approx. 98% of our membership holding a current prefix.

It is vital that we urge all Political Parties, whatever their persuasion, to support this amendment, which is likely to go to the Upper House in the coming week.

Animal trade means a trade, business or profession-
(a) the proceeds of which have generated income for a person in the previous financial year on which income tax would have been payable under the Income Tax Assessment Act 1997 of the Commonwealth, even if the person were to have had no other source of income, and
(b) In the course of which an animal is kept or used for a purpose prescribed for the purposes of this definition, but not if-
(i) The animal is a greyhound, and
(ii) It is kept or used for an activity by the greyhound racing industry participant who is registered under the Greyhound Racing Act 2017 to carry on that activity.

Please share this information in your efforts in supporting the amendment to the Bill. Time is of the essence- it is imperative ALL interested citizens i.e.
•    Members
•    Family
•    Friends
•    Those who have adopted a precious purebred puppy

Contact details can be found by following the links:

As promised by the DOGS NSW Media & Government Legislation Committee, at their recent Webinar held on Monday 15 February, the following is a definition of
a DOGS NSW "Hobby Breeder."

1. Is a member of DOGS NSW or other recognised Organisation.

3. Shall NOT breed a bitch more than 6 times throughout her lifetime.

4. Shall NOT breed a bitch over eight years of age unless approved by a registered veterinarian.

5. Shall NOT breed a bitch more than twice in an eighteen-month period.

7. All puppies must be microchipped and registered with the NSW Companion Animals database in accordance with NSW State law.

8. Shall abide by the publicised Veterinary Standards for preventative Disease Protocols.

Importantly the definition of Animal Trade under Section 4(1) of the Prevention of Cruelty to Animals Act should be amended to exclude Hobby Breeders with the import and effect that Inspectors shall not be empowered to enter upon the property of Hobby Breeders to carry out Breeder Compliance Inspections of the nature applicable to commercial breeding establishments which are not exempt as Hobby Breeders.

4. DOGS NSW is self- regulating, ie, Kennel inspections in accordance with our Code of Ethics

7. Breeding for improved health and conservation of Pure Bred Dogs

9. The full range of Dog sports

11. Royal NSW Canine Council Charity Ltd
To prevent or relieve the suffering of canines. DOGS NSW considers the Charity to be greatly significant and is directing the $1 puppy levy to the Charity to secure long-term benefits for DOGS NSW members as well as the general canine community in NSW.

17-02-2021
FOR APPLICATIONS RELATING TO BABY PUPPY ENTRIES ONLY FOR THE 2021 SYDNEY ROYAL DOG SHOW.
EXPRESS SERVICES ARE NOW AVAILABLE UP TO 3.00PM ON FRIDAY, 19 FEBRUARY 2021
Should you have an application in the Office that relates to a Baby Puppy Entry for the 2021 Sydney Royal, please email the Office via info@dogsnsw.org.au so that your applications can receive priority processing.

Members are requested not to contact the Office by telephone in this regard as this will mean staff are attending to telephone calls instead of processing.
Read more

Come and join the Media & Government Legislation Committee and Directors Myron Arthur and Nancy Keck on a Zoom Webinar, which was held on Monday 15th February at 7.00pm as they discussed the latest developments in the Breeder Compliance inspections and how they are impacting our members.

The Media & Government Legislation Committee include:

DOGS NSW Office is in operation for telephone calls and emails from 9:30am to 4.00pm.

You may submit your applications and paperwork in the following ways:

The grounds are open for exercising your dogs between 6.00am and 6.00pm daily. Meeting rooms, show rings and camping can be booked via the DOGS NSW website.

At its meeting on 10 February 2021, the DOGS NSW Board of Directors confirmed that Affiliates are not able to restrict the entry to their Shows/Trials, etc, to “Online Only”.

Consequently, Affiliates are not able to restrict the entry to their Shows/Trials, etc, to either “Online entries only” or "Postal entries only". Both modes of entry must be offered."

Please note that the Updated DOGS NSW COVID-19 Plan - Annexure A. Best Practice for the well being of Participants at a DOGS NSW event, has been approved at the recent Board meeting held on 10 February 2021. Please click here to view. 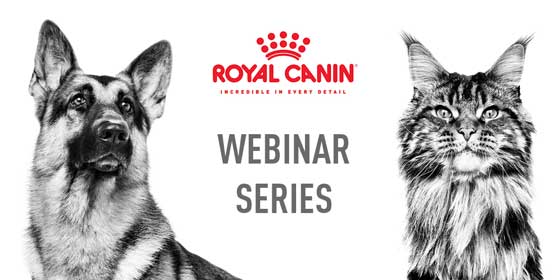 TOPIC: Scratching An Itch - The Basics Of Skin Disease

Itching, scratching and biting are some of the first symptoms of skin disease that you may notice in your pet. Unfortunately, skin conditions are frustrating for your pet and for you as the owner. Determining the cause can be challenging, take time and may involve multiple diagnostic tests. Is it atopy? Is it a food allergy? Is it a pyoderma? 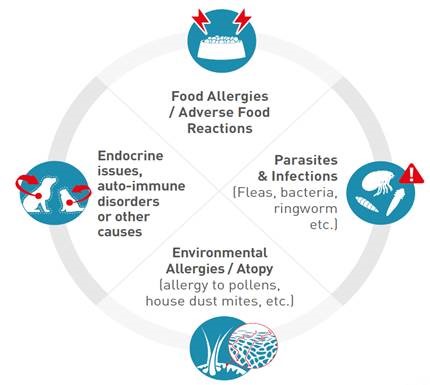 In this webinar, Dr Ben Porter will be discussing all things skin, including the common causes of skin disease, why maintaining healthy skin and coat is essential for overall health, and how nutrition can help.

After registering, you will receive a confirmation email and you will be able to watch the webinar anytime until 31st March 2021.