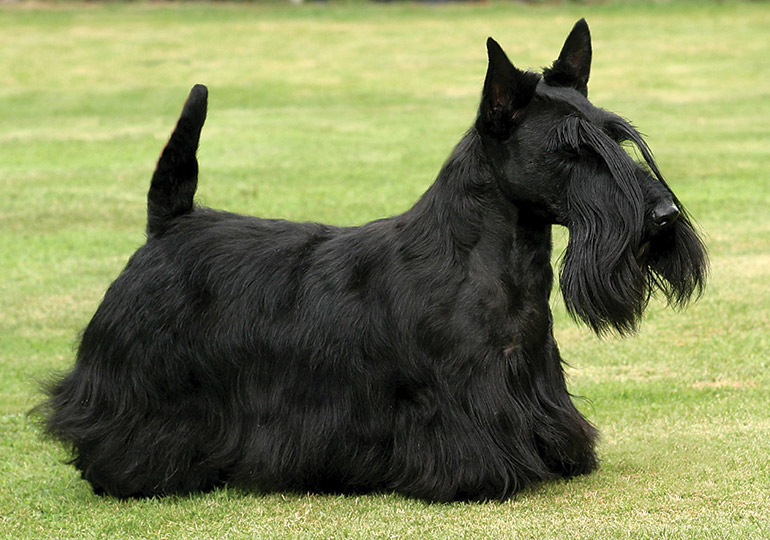 The breed was used to control farm and estate vermin such as badgers and foxes and was selected by farmers for its gameness and hunting ability. Scotties are often referred to as ‘diehard’.

The Scottish Terrier’s long eyebrows and beard protect it when underground and often, when vermin attack, they got a mouthful of hair instead of inflicting a wound on the dog.

The Scottish Terrier is alert and active. As a Terrier, it will pounce on anything that makes a sudden movement, whether it is a mouse or a ball. In past times, it has been described as the ‘Dour Scot’. Careful breeding has developed the Scottish Terrier into a fun-loving, friendly, loyal and loving companion.

The breed’s coat is a double one: outer is harsh, dense and wiry; undercoat short and soft. It can be black, wheaten, brindle of a mixture of black, brown and wheaten hair. The average coat grows profusely and requires regular brushing with a hard bristle brush and comb through the coat to the skin.

Pet Scottish Terriers should be trimmed using clippers and scissors about four times a year. Show dogs’ coats are hand stripped to maintain the harsh double coat, and this is usually required two or three times a year.

The Scottish Terrier is fortunate to have few serious genetic problems. Some shared genetic problems seen occasionally are Von Willebrand’s Disease, a common bleeding disorder now being carefully managed by genetic testing, Cushing’s Disease, and the rarely seen Scottie Crap – the loss of muscle control and coordination when the dog becomes over excited. Once rested, the breed recovers quickly. The most common health issue is being overweight due to over eating and too little exercise!

The Scottish Terrier is a hardy, adaptable, small dog suitable for both house and apartment living. It is not an overactive dog and requires minimal exercise – a half-hour walk a few times a week is quite enough.

While generally dependable with very young children, the breed probably suits an older family. It can be very protective, making it an ideal companion. Since the breed is highly intelligent, it requires consistent training or else it will try to become the boss.

Now you know a little about the Scottish Terrier, you may think that this is the dog for you. Before you make a decision, please make contact with the breed club or your State controlling body for purebred dogs. They will be able to give you information about available puppies and also suggest dog shows where you can see the breed and speak to breeders. In this way you will gain a better perspective of the Scottish Terrier and its needs, and whether this breed would suit your lifestyle. 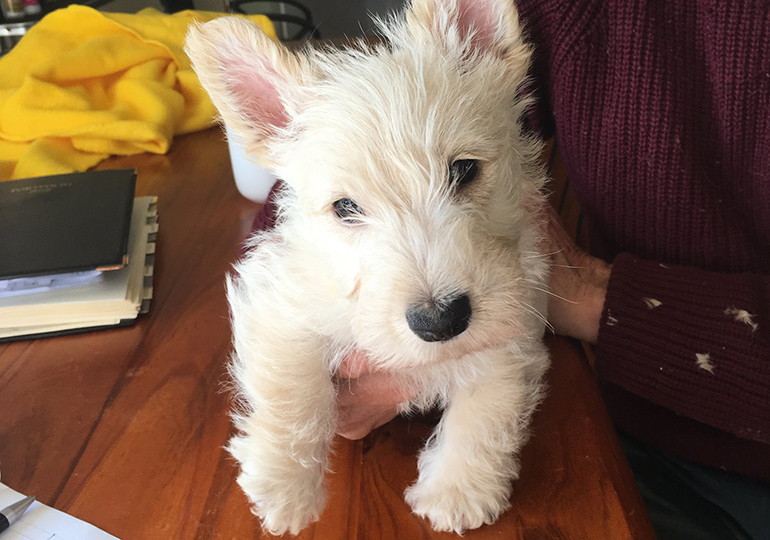