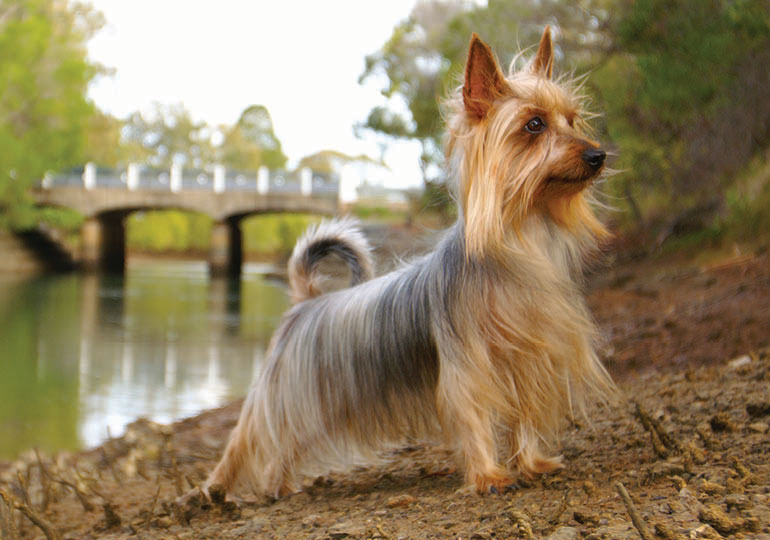 A true little Aussie, this alert and active breed has a history shrouded in some mystery, due to his development not being chronicled accurately.

What we do know though, is that the Australian Silky Terrier was not only developed by the Australian pioneers as a companion dog, they also prized their joy of life, independent thinking and outstanding terrier qualities.

It is assumed that British migrants at the end of the 18th century brought with them a selection of early British Terrier types, some of which were instrumental in developing the Australian Silky Terrier.

At a time when selective breeding was in its infancy, many of the early Terriers were considerably more alike than they are now, but it has been suggested that early Skye, Dandie Dinmont, Norwich, Border and Cairn Terriers were forefathers of the Silky. It is also thought that Toy breeds, such as the Yorkshire Terrier, Clydesdale or Paisley Terrier, which was known for its straight silky coat, were ancestors of the breed.

The first Silky Terrier Club in NSW was formed in 1906. Sydney breeders decided to have their own standard and the breed became known as the Sydney Silky. In 1959, a committee of Kennel Club representatives from NSW and VIC met and, at last, breeders agreed on a national standard. The breed was then known as the Australian Silky Terrier. Now, despite its name, the Silky is placed in the Toy group in Australia.

The Silky’s structure is moderate, medium and refined. It should be compact, displaying activity and strength in movement. The Australian Silky Terrier is a clean pointed dog with a straight, single, well-groomed body coat, which gives it a glamorous appearance.

As well as having an intelligent expression, an Australian Silky Terrier must be capable of working and be sound in every way. Originally, the Silky was bred to work as a hunter of domestic rodents and must, therefore, show no signs of weediness or nervousness.

The body is moderately low set, and the ribs should extend well back, giving a short, strong, balanced coupling. The backline is straight and the topline should be level.

All shades of blue and tan are acceptable in the coat, and the blue can range from pigeon-blue to slate-blue. A Silky is born black and tan, and should have a complete colour break by 18 months of age. Many breeders are happy to have a puppy hold its colour, as it is a good sign that the dog will eventually be a good blue.

The movement of the Silky should be free, light-footed, lively and straightforward. An easy, effortless gait with reach and drive is required, so it needs powerful, propelling hindquarters.

The Silky is full of life and activity, but is also very happy to be sitting quietly with this family, to whom he is extremely loyal to. He will often have one eye open, and those pricked ears listening out for any threats to his family and property. Silkies are an intelligent breed and typically respond well to training, so it’s a good idea to start teaching basic obedience commands to Australian Silky Terrier puppies from a young age.

In the show ring a Silky must display keen alertness, showing activity and interest in the proceedings, and should be quick, friendly and responsive any stimulation.

The Australian Silky Terrier is a strong, healthy breed with few health problems. It can live for up to 15 years or more. Like most breeds, it may develop arthritis or cataracts in old age, but will otherwise live a long, healthy life if it is properly cared for.

The Silky’s coat is non shedding and therefore low allergenic. It can be susceptible to tangles and matting if ignored, however regular shampooing, conditioning and brushing will keep it looking great.

Australian Silky Terriers don’t require a huge amount of exercise, and can therefore be suitable for apartment living. Of course, they will welcome being taken for a walk every day. They’ll equally love having a secure backyard in which they can run around and patrol for any potential threats.

Any way you look at it, this Australian breed has a great personality and will suit a range of lifestyles.

Now you know a little about the Australian Silky Terrier, you may think that this is the dog for you. Before you make a decision, please make contact with the breed club or your State controlling body for purebred dogs. They will be able to give you information about available puppies and also suggest dog shows where you can see the breed and speak to breeders. In this way you will gain a better perspective of the Australian Silky Terrier and its needs, and whether this breed would suit your lifestyle. 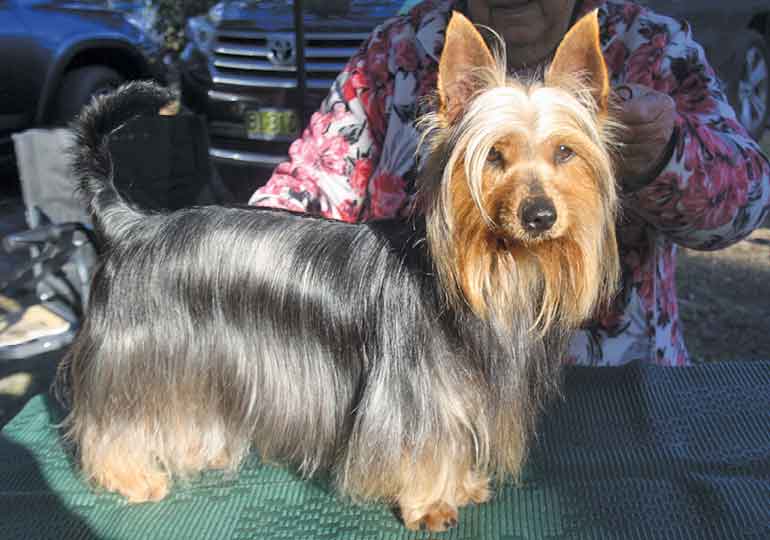