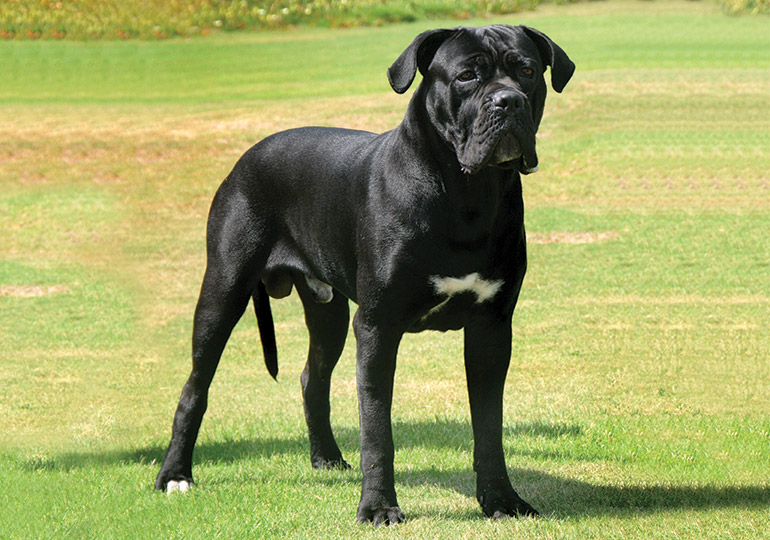 A stylish Italian breed with Roman origins, the Cane Corso is an ideal protector. Powerfully built and social at heart, it is a true family guardian.

A relatively new breed only formally recognised by the Australian National Kennel Council (ANKC) in 2003, the Cane Corso has a distinguished history in Italy, going back as far as ancient Roman times, when they were used as dogs of war.

The Cane Corso was commonly used to protect property, family and herd livestock. Throughout the breed's existence, it was also used as a big game hunter. Its power, courage, agility and tracking ability made the breed especially valuable with wild boar, stag and bear. With the decline in big game hunting, the breed found a home with Italian farmers and was often used as a driver, moving animals to market and slaughterhouses.

Of Mastiff origins, the breed has seen a recent resurgence in breeding popularity since the 1970s, when it was in danger of extinction. Italian enthusiasts began a recovery process that led to the breed becoming formally recognised in Italy in 1987.

The Cane Corso’s closest cousin is the Neapolitan Mastiff, however differences have since filtered down over the decades; the Cane Corso lacks the loose skin of other Mastiff breeds. Strong and elegant at the same time, the breed is large and masculine while being lean and athletic. It is usually longer than it is tall, weighing in at around 50kg for males and 45kg for females.

The Cane Corso comes in a wide range of colours, from black, tan with a black mask, blue/grey and brindle. The predominant colouring is either black or tan. Eye colour will reflect the coat colour. Dark coated animals have dark eyes, while light coats feature light coloured eyes. The double coat is short but oily, enabling it to repel water. The Cane Corso can feature small white markings on the chest, toes, chin and nose. The head is large and typically molossoid. The muzzle is shorter than the skull, with a flat front and generally strong and square. Eyes are medium-sized, ovoid and slightly protruding with close fitting eyelids.

As a guardian, the Cane Corso is extremely agile, responsive and wary of strangers. The breed is very dominant and has an intimidating appearance and stature. Early social outings with humans and other dogs is essential for a happy family life, and the breed can be controlled with a firm hand and a strong influence. The Cane Corso bonds early with its adoptive family and is particularly protective of children. Because of its need to keep the status quo, the Cane Corso often dislikes new things, animals and people, so owners must be careful when introducing the dog to new places and people.

A low maintenance breed, the Cane Corso’s coat will shed once yearly and only requires bathing around every six weeks. Unless the dog gets particularly dirty, brushing is only required after bathing. The Cane Corso needs regular exercise. At least an average-sized backyard is required, as well as a walk once a day.

Entropion (turned in eyelids) and typical bone and joint problems, such as hip dysplasia and elbow dysplasia, are not uncommon. Since it’s such a new breed in Australia, full reports on these conditions are yet to be compiled. However, breeders have been selecting only healthy dogs from Italy for the breed’s continued development. The Cane Corso needs an experienced handler that is able to commit to the time it takes to train. The breed is best suited to those who want a loyal, loving, family guard dog; it is an ideal family pet and personal protector.

Now you know a little about the Cane Corso, you may have think that this is the dog for you. Before you make a decision, please make contact with the breed club or your State controlling body for purebred dogs. They will be able to give you information about available puppies and also suggest dog shows where you can see the breed and speak to breeders. In this way you will gain a better perspective of the Cane Corso and its needs and whether this breed would suit your lifestyle. 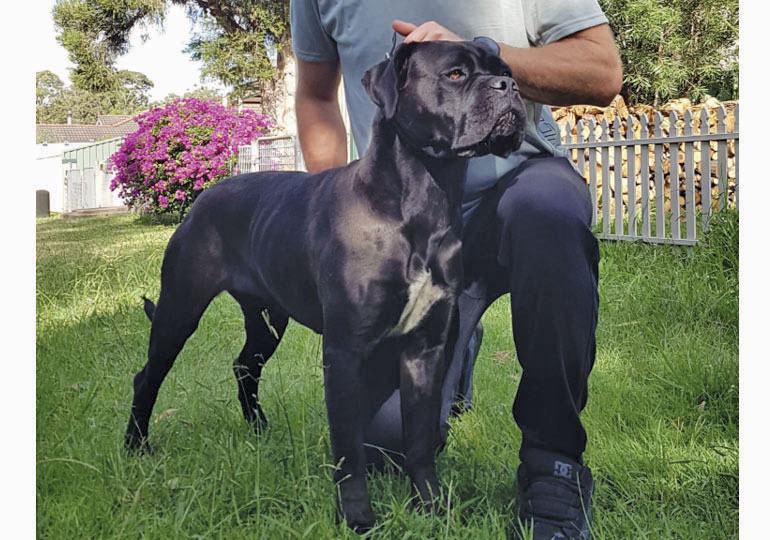