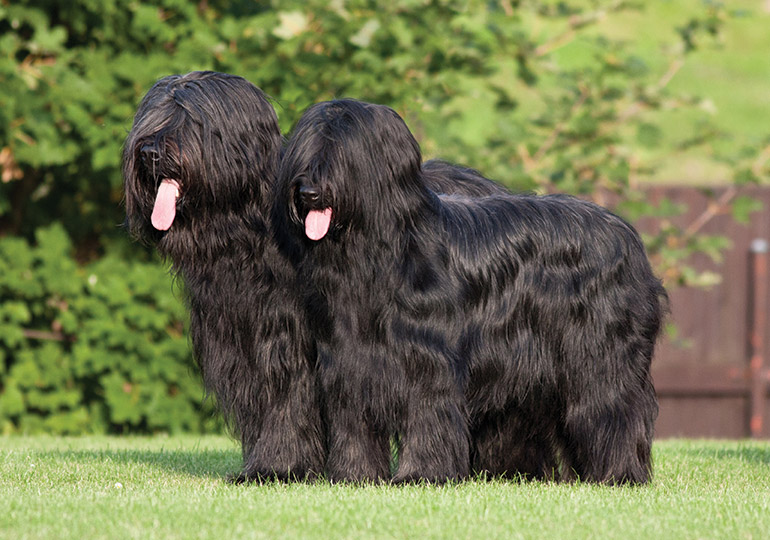 Briards were originally bred to herd as well as guard flocks of sheep and they were often left to their own devices in order to accomplish their assigned tasks. Briards were used in all types of herding situations, having the ability to learn many commands and fulfill the jobs expected of them. The Briard was most commonly used as a farm dog in the more crowded farming valleys of France, where row crops were grown. Sheep were allowed to graze the grass strips between crops and Briards were responsible for keeping the sheep moving along these strips, and preventing the sheep from eating the crops. The Briard moved the sheep daily from the farm to the graze areas and back again at night. At the farm, the Briard was the shepherd's partner, helping with livestock chores. At night, they were alert and vigilant watchdogs, protecting the shepherds and flock from wolves and thieves. (1)

Fearless, with no trace of timidity or aggressiveness. (2)

The Briard is a very loyal and protective breed, and is sometimes called "a heart of gold wrapped in fur". Once they have bonded to their family members, they will be very protective. They have proven to be a very good breed to have around children of all ages and rapidly develop an affection to their owners. (1)

Socialisation starting at a very young age is mandatory. Briards should be walked as often as possible, to many different places, and they will develop into a well rounded animal. (1)

The Briard has a very good memory. Once a lesson is learned, good or bad, the knowledge will be retained for a long time to come. Sometimes they may appear to be strong minded and stubborn but these are a few of the Briard's characteristics. They were bred for centuries to think for themselves and to act upon their conclusions, sometimes to the point of thinking what the "flock" will do ahead of time. (1)

Now you know a little about the Briard you may have think that this is the dog for you. Before you make a decision, please make contact with the breed club or your State controlling body for purebred dogs. They will be able to give you information about available puppies and also suggest dog shows where you can see the breed and speak to breeders. In this way you will gain a better perspective of the Briard and its needs and whether this breed would suit your lifestyle. 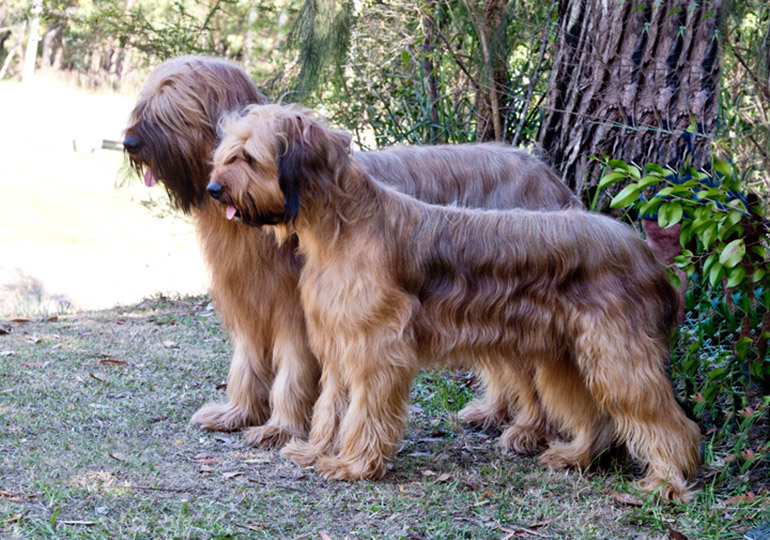 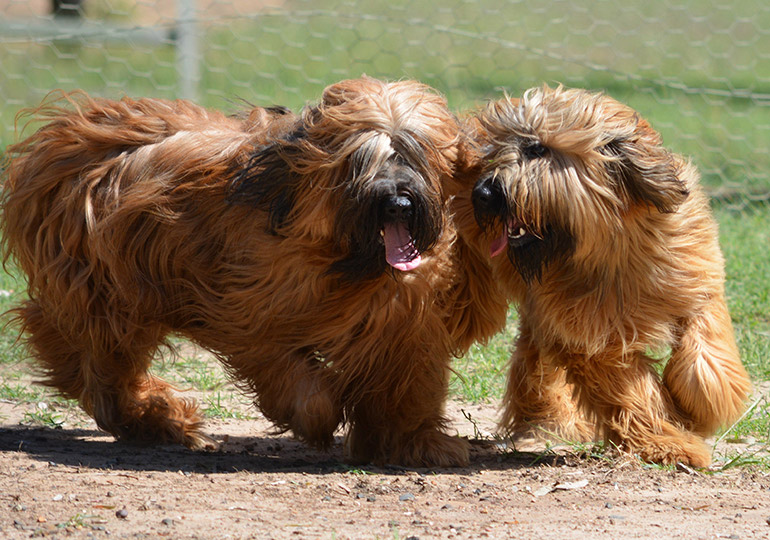