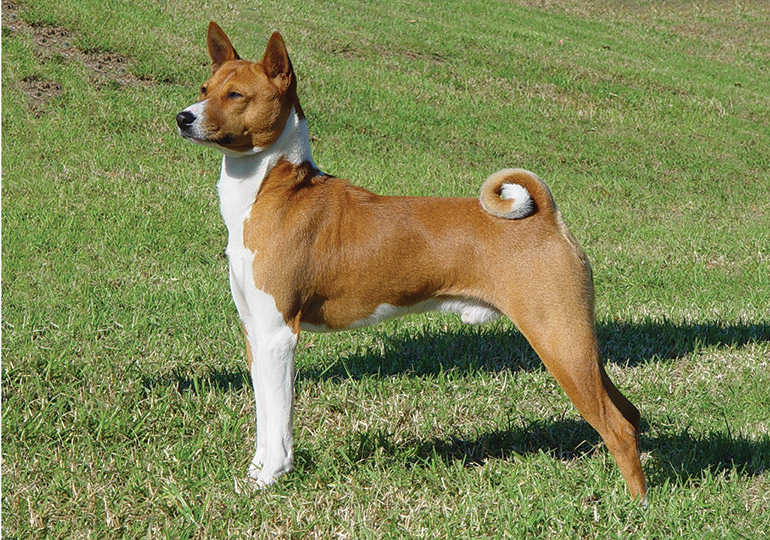 The Basenji is one of the oldest of breeds. They are depicted on Ancient Egyptian tombs, imported as a novelty from their ancestral home in the Congo area predating the Ancient Egyptians, but they are still found little changed in remote African villages today. DNA sequencing has shown that this primitive breed is the earliest of domestic dogs. They were first successfully taken to England in the 1930s by the early Western pioneers in the breed, and were known initially as the Congo Terrier.

Expeditions to the South Sudan in 1959, and to Zaire in 1987 and 1988, increased the number of native dogs in the gene pool. Since then, there have been numbers of dogs imported into the USA from Benin and Haut Zaire, and introduced into breeding programs. The breed was introduced to Australia in 1948 and was ﬁrmly established during the 1960s.

The Basenji is an unusually intelligent breed, so much so it can devise an inﬁnite variety of mischief. This intelligence, however, doesn’t necessarily make the breed easy to train although a Basenji will quickly learn the usual range of commands expected from a socially accepted dog, such as ‘come’, ‘sit’, and ‘stay’.

The curiosity of the Basenji is insatiable. They love running oﬀ with some forbidden object to hide it, or simply for the fun of being chased. More often than not, the breed will make you laugh. While the Basenji does not bark, they do make a full range of other dog noises, as well as their unique baroos and yodels, and their alert nature serves them well as watchdogs.

The Basenji has a wrinkled forehead, pricked ears, white chest, white tipped curly tail and white feet. It is small and gazelle-like, stands at about 40 to 43cm at the shoulder, weighs 9.5 to 11kg, and gives the impression of trim elegance.

The four colours of the breed are red and white, black and white, tricolour, and brindle and white.

The Basenji is alert, smart, proud, loving, and independent – all at the same time. It can also be aloof with strangers. The breed does not like water and bath time can be an exercise in patience.

Its favourite place to sleep is in bed with its owners, however, since the Basenji has no body odour and cleans itself like a cat, it can be classed as a good ‘hot-water bottle’ in winter.

The average Australian Basenji is a very healthy dog. Of course, as with any breed of dog, you will have to provide regular parasite control and vaccinations. Breeders test for Persistent Pupillary Membranes (PPM) and Progressive Retinal Atrophy (PRA) and also Fanconi Syndrome, though the incidence of these hereditary conditions is uncommon and DNA testing for PRA and Fanconi has been a recent asset in disease prevention. You can expect 12 to 15 years from the Basenji.

Since the Basenji cleans itself like a cat and has no ‘doggy’ odour, it is exceptional in the world of dogs. Regular brushing, nail trimming and an occasional bath is all that is required, and they are considered a low shedding breed. The Basenji is an active dog and, given a garden, will exercise itself. However, regular walks are beneﬁcial to both the breed and the owner.

As a Hound that hunts by scent, sight and hearing, and is deaf to all entreaties to return once on the chase, the Basenji requires a fenced yard and a secure lead and collar on outings. A fence that is strong and unclimbable and well positioned at ground level is recommended.

Given appropriate toys and stimulating company, the Basenji is suitable for active families, but also adaptable to apartment living if given suﬃcient exercise to burn oﬀ excess energy.

Basenjis are actively involved in a range of dog sports including conformation showing, lure coursing, canine nose work and tracking, and a few even train for tricks and agility.

As a primitive breed, Basenjis tend to cycle just once per year, all around the same time with puppies in Australia arriving between May-July. Since there are limited numbers of Basenji puppies available from the small group of registered breeders during “puppy season” each year, please contact them well in advance and be prepared that it might mean being on a waiting list for the right puppy for you.

Words: Kay Eldred on behalf of the Basenji Club of NSW Inc

Now you know a little about the Basenji you may have think that this is the dog for you. Before you make a decision, please make contact with the breed club or your State controlling body for purebred dogs. They will be able to give you information about available puppies and also suggest dog shows where you can see the breed and speak to breeders. In this way you will gain a better perspective of the Basenji and its needs and whether this breed would suit your lifestyle. 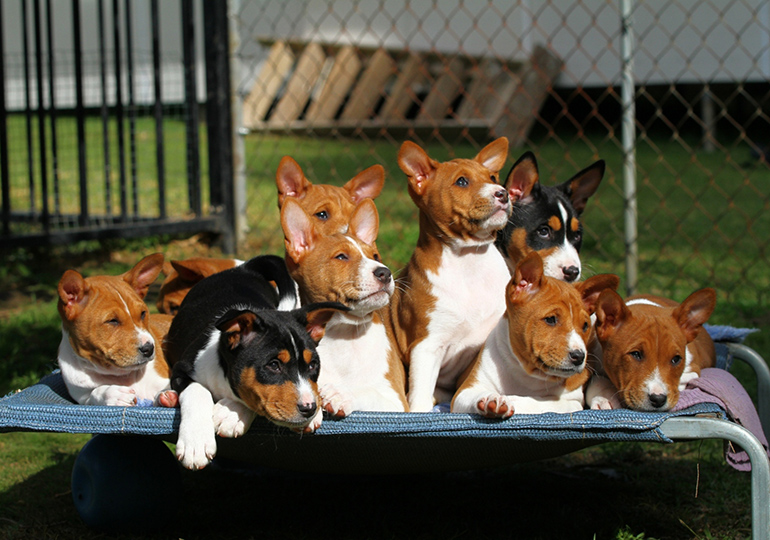 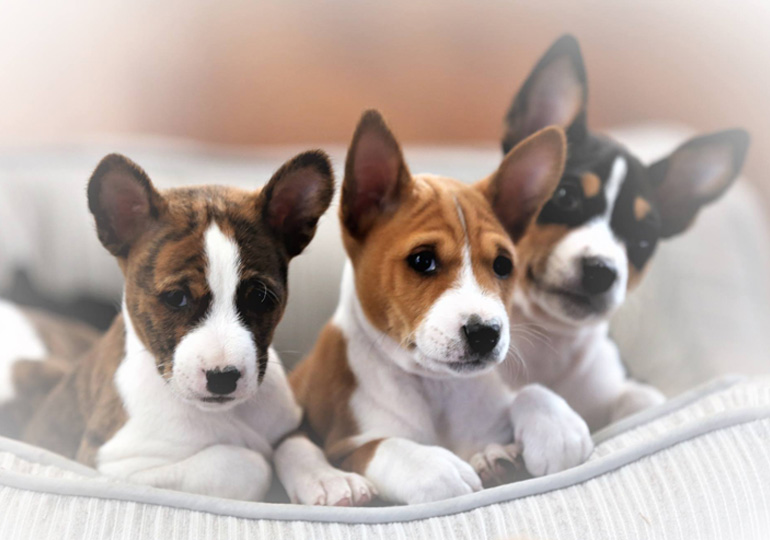