One of the most beautiful and striking of all breeds, the Afghan Hound is an efficient hunting hound and a member of the group of sighthounds, commonly known as Eastern Greyhounds. They are long-legged and built for speed and endurance, with the ability to hunt small to medium-sized game by sight over rough terrain. They are keen hunters, noted for their independent spirit, and can work alone or as part of a pack.

The breed is an ancient one, but because Afghanistan’s Islamic culture forbids the depiction of animals in art, there is no early pictorial record of the breed. The only known early drawing is an etching around 1813, of a native soldier with a dog, which remarkably resembles young Afghans of today, indicating that the breed was very similar nearly 200 years ago.

The forebears of today’s Afghan Hounds were imported directly from Afghanistan and surrounding regions, where they were discovered by the British military in the 19th century. The hounds of Afghanistan and their legendary hunting ability were mentioned in letters from the Afghan front in the early 1800s, and some may have arrived in the UK at that time. However, they were first exhibited at dog shows in the mid 1880s and continued to appear in “Foreign Dog” classes, up to World War 1. Some litters were bred, but it is doubtful that any survived the war years.

In the 1920s the importation of Afghan Hounds gathered momentum. The first group to arrive in 1920 were mostly of the rangy, lightly coated type, to become known as the “Desert” or “Bell Murray” (after their importer) type. In 1925, a Mrs Amps brought in another group, some of which were more compact and heavily coated, known as the “Ghazni” or “Mountain” type, of which a red dog “Sirdar of Ghazni” was undoubtedly the most impressive import to date, and became a very influential stud dog.

A great controversy arose as to which type was correct, with a famous exchange of letters in the dog press, but inevitably interbreeding took place, and the foundation of the modern Afghan Hound is a combination of both types. In the 1920s and 1930s the Afghan Hound went to Europe and America, and after a slow start, became as popular, as it was in the UK.

The first Australian litter was born in April 1935, and some were exhibited at Sydney Royal in 1936. With the onset of World War II, there were no further litters bred and the bloodlines died out.

In the late 1930s and early 1940s the breed was considered a threat to stock by the pastoral community and was the subject of adverse newspaper coverage. The breed was last represented at Sydney Royal in 1940, but in Tasmania two were being shown in 1949. Unfortunately these valuable bloodlines were then lost, as no further breeding took place.

In 1950 Mrs. Ward (Golitha Kennels) brought a male, Devilkin Dasti Pasha, and a bitch in whelp, Devilkin Datoobhos, into Western Australia, and these hounds formed the basis of the breeding in Australia, with many of modern hounds tracing their ancestry back to them. From then on imports arrived at a steady rate, and by the mid 1960s the breed was well on the way to popularity in Australia, with many kennels established which are still active today. The quality of Australian Afghan Hounds is still considered to be amongst the highest in the world, and many have been exported to other countries including Europe, Asia, Scandinavia, UK and the Americas, where they have been highly successful. The breed may now be numerically small, but still retains its well deserved reputation as one of the most successful in the show ring.

Afghan Hounds are dignified, independent, aloof and very active. They can live indoors, but require a reasonably sized, well-fenced yard. They are self exercising and should also receive plenty of mental stimulation. They can be taught to obey basic commands with persistent training and some have been known to succeed in Agility, Lure Coursing and other sports.

The gait of the Afghan Hound should be smooth and springy with a style of high order. The whole appearance of the dog should give the impression of strength and dignity combining speed and power. The head must be held proudly.

Head and skull: Skull long, not too narrow, with prominent occiput. Foreface long with punishing jaws and slight stop. The skull well balanced and surmounted by a long ‘top knot’. Nose preferably black, but liver is no fault in light coloured dogs.

Eyes: should be dark for preference, but golden colour is not debarred. Nearly triangular, slanting slightly upwards from the inner corner to the outer.

Ears: set low and well back, carried close to the head.

Tail: not too short. Set on low with ring at the end. Raised when in action. Sparsely feathered.

Neck: long, strong with proud carriage of the head.

Forequarters: shoulders long and sloping, well set back, well muscled and strong without being loaded. Forelegs straight and well boned, straight with shoulder, elbows held in.

Body: back level and well muscled, with moderate length, falling slightly away to the stern. Loin straight, broad and rather short. Hip bone plus removed dashbones rather prominent and wide apart. A fair spring of ribs and good depth of chest.

Coat: One of the main features of the Afghan Hound is its coat, which should be allowed to develop naturally, is very long, and is finely textured on the ribs, the forequarters, hindquarters and flanks. All colours are acceptable. On the face, the hair is short, but is long from the forehead backward. It has a distinct, silky topknot and well coated ears.

In adult dogs, the hair from the shoulder backwards and along the saddle is naturally short and close. The Afghan’s legs are well coated, but the pasterns may be bare.

The coat of an Afghan Hound being shown in the Conformation ring requires a reasonable amount of upkeep, including bathing and blow-drying each week to keep the long coat in top condition.

A pet Afghan Hound should be bathed fortnightly and will require regular brushing to keep the coat healthy and free from matting. They can also be partly or fully clipped to reduce grooming time.

A hardy breed, Afghan Hounds have a lifespan of 12 to 14 years. They are relatively free from hereditary disease, but there have been instances of cataracts and hip dysplasia. Testing by responsible breeders has greatly decreased the incidence of both.

Suited to almost any household that can provide enough space and exercise for such an active breed, Afghan Hounds get along very well with children.

Now you know a little more about the Afghan Hound you may think that this is the dog for you. Before you make a decision, please make contact with the breed club or your state controlling body for purebred dogs and they will be able to give you more information about available puppies and also suggest dog shows where you can see the breed and speak to breeders. In this way you will gain a better perspective of the Afghan Hound and its needs and whether this breed would indeed suit your lifestyle. 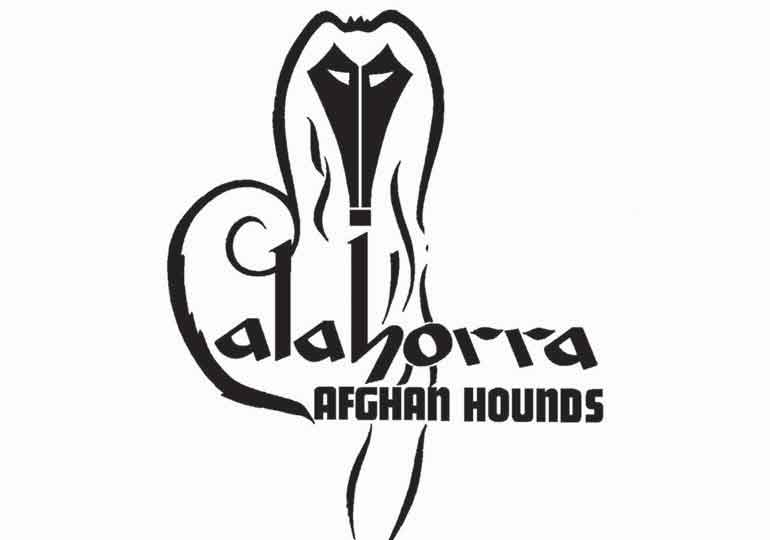