Factors affecting Fertility in the Male

COMMON QUESTIONS WHICH YOU MAY OR MAY NOT KNOW THE ANSWERS TO?

I want to sell my dog and the new owner would like to know what the dogs semen is like?
Make an appointment to see your vet and we will collect and evaluate your dog’s semen.

How is semen collection carried out?
The canine penis lies within the prepuce.
The penis is made up of the distal glans, the pars longa glandis, which contains the os penis and the proximal bulbus glandis. The prostate encircles the urethra at the neck of the urinary bladder and is the only accessory sex organ in dogs.

Semen collection should be attempted in a quiet area with a nonslip surface. Consistent use of one room or one rug acts as a training aid if the procedure is to be performed more than once. Presence of a teaser bitch, especially if she is in oestrus, is associated with ejaculation of better quality semen.

If a teaser bitch is present, she should be restrained such that her hindquarters are on the rug, and should be muzzled if necessary to ensure that she does not endanger the dog. The male dog is presented to her, and is allowed to lick at her vulva and mount her if he so chooses. Massage the area of the bulbus glandis through the prepuce, briskly. As soon as erection begins, use the hand holding the prepuce to put pressure on the caudal bulbus glandis and push the penis out of the prepuce while using the hand holding the collecting cone to push the preputial skin proximal to the engorging bulbus glandis. Encircle the penile shaft tightly through the collecting cone just proximal to the bulbus glandis.

The dog ejaculates three fractions. The ﬁrst fraction is ejaculated as the dog thrusts vigorously. This fraction is of fairly small volume and is clear; it is prostatic in origin. The second fraction may be ejaculated while the dog is thrusting or just after he stops the vigorous thrusting behaviour. Many dogs attempt to lift a leg to form the tie after thrusting is done. The second fraction is the sperm - rich fraction, and is white. The third fraction is prostatic in origin and is secreted in pulses that will be palpable in the hand holding the collecting cone. Concurrent anal contractions are evident. Once the third fraction is present no more sperm rich fluid will be ejaculated.

Afterwards it is best to walk the dog away from the teaser bitch and the collection area, if necessary gently cold - packing the penis with cool cloths, providing cool hydrotherapy, or feeding the dog will encourage detumescence. Make sure complete detumescence has occurred and that the tip of the penis is not protruding before kenneling the male dog.

So how do we assess your dog’s semen?

2. Volume
Volume varies depending on how much of the third, or prostatic fraction of the ejaculate was collected. Volume is not correlated with quality.

3. Motility
Motility should be assessed soon after semen collection. Place one drop of semen on a glass slide. Subjectively assess the percentage of spermatozoa that are moving forward; normal is 70% or greater.

5. Total number of spermatozoa.
Concentration varies with semen collection technique; if a lot of prostatic ﬂuid was collected, the sample will be dilute with low concentration of spermatozoa. However, the total number of spermatozoa in the sample does not vary with technique and is the valued number in semen evaluation. Volume (milliliter per ejaculate) multiplied by concentration (spermatozoa per milliliter) yields total number (spermatozoa per ejaculate). Normal value is dependent on the size of the dog, ranging from 300 million to 2 billion. The minimum number of normal spermatozoa needed to impregnate bitches is about 200 million. A dog with 500 million spermatozoa in his ejaculate would probably be fertile even if only 50% were morphologically normal (500 million × 0 .5 = 2 50 million). However, if that same male only had 10% morphologically normal spermatozoa, he would have to breed a given bitch ﬁve times over her fertile period to be likely to achieve pregnancy.

Alkaline phosphatase (ALP) in seminal ﬂuid arises from the epididymes and testes. Samples of seminal ﬂuid containing no spermatozoa should be assessed for ALP concentration. Low ALP concentration value suggests that no ﬂuid was retrieved from the reproductive tract, implicating that apprehension or pain is preventing complete ejaculation, or obstruction. On the other hand, normal value ( > 5000 IU/l) suggests that ﬂuid was retrieved from the reproductive tract and that spermatogenesis is not occurring.

6. Miscellaneous tests
Cytology and culture. Cytologic changes and growth of bacteria from seminal ﬂuid are not well correlated. If prostatitis or infection elsewhere in the reproductive tract is suspected, microbial culture should be performed even if cytology is noninﬂammatory.

So what is normal semen?
A. Normal Colour = Milky or opalescent
B. Volume = 1 to 30 ml Percentage of progressively motile spermatozoa 70% or greater
C. Total number of spermatozoa in the ejaculate = 300 million to 2 billion
D. Percentage of morphologically normal spermatozoa = 80% or greater
E. pH = 6.3 to 6.7
F Alkaline phosphatase of seminal ﬂuid = > 5000 IU/l
G Cytology = Noninﬂammatory; low numbers of healthy polymorphonuclear cells may be present in normal semen.
H Microbiological culture = Fewer than 10,000 bacteria/ml is nonsigniﬁcant bacterial growth. 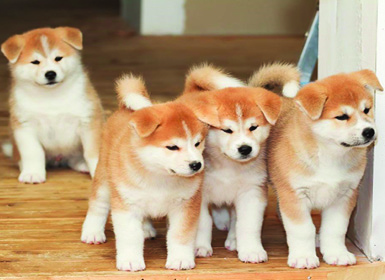 I want to send my dogs semen to a different country. How can I do this?
The two main ways to transport semen are chilled or frozen. I guess before you decide to send semen anywhere the dog should be certiﬁed free of heritable conditions and infectious disease. All dogs should be tested and proven negative for canine brucellosis before semen is collected for chilling and shipment abroad. Speciﬁc tests for hereditary conditions vary by breed. Most breeds require Orthopaedic certiﬁcation for hip dysplasia and Eye evaluation for ocular defects among other tests before sending semen anywhere.

A. Chilled semen
Chilled semen may be inseminated into the vagina or the uterus. Reported conception rates with vaginal insemination average 47% and with intrauterine insemination 81%.
Chilled semen is made up of ejaculated spermatozoa suspended in an extender. Extender is a ﬂuid medium containing nutrients, buffers, and anti - microbials. Recipes for homemade extenders exist. Most veterinarians use commercial extenders.

Semen is collected and evaluated. If the total number of spermatozoa in a single ejaculate is low, several samples can be pooled and processed together. Techniques to increase number of spermatozoa in the ejaculate include serial collections at 30 - to 60 - min intervals and presence of an estrous teaser bitch. The semen is then normally centrifuged and the extender added. The tube of extended semen should be tightly capped and placed in bag to ensure that the semen is not lost if the tube breaks during transport. The sample is then wrapped and placed in the cool shipping device. Ideally shipment should ensure that the sample reaches the bitch within 24h after collection. If properly packaged, chilled, and maintained, the sample should maintain its quality for up to 48h and perhaps longer with some samples lasting up to 7 days. Packaged samples can be shipped at the airport or a commercial shipper can be used. The advantage of using airlines is that the sample can be collected shortly before a ﬂight is due to leave and the bitch inseminated soon after its arrival, permitting a very short turnaround time from collection to insemination. The disadvantages are inconvenience, cost, and the ability of the airline to open or refuse to carry unaccompanied packages.

The semen of some male dogs does not tolerate chilling and shipment, presumably because of a subclinical disease or because of the semen’s chemical incompatibility with the extender. It is recommended that dogs intended for use as a stud with chilled semen have semen collected, extended, stored in the refrigerator overnight, and evaluated the next day, to best mimic chilling and shipment. This should be done well before any bitches of interest are in heat. If semen quality is not maintained, problems with the particular dog can be addressed or another suitable male can be identiﬁed to perform the breeding if necessary. The breeder is encouraged to trace all package tracking numbers and to have a back - up plan in place should the sample be damaged or lost. 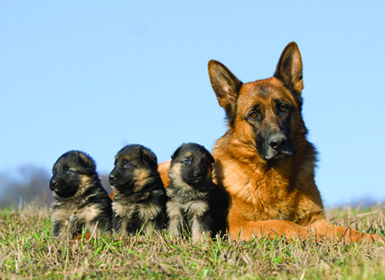 Viability of canine spermatozoa is decreased after freezing and thawing. This is due to physical destruction of cells as they undergo osmotic change, dehydration, ice crystal formation, and induction of chemical reactions during the freeze– thaw process that mimics capacitation. Insemination directly into the uterus is strongly recommended. Reported conception rates with frozen – thawed semen for vaginal insemination average 45%, for transcervical insemination 70%, and for surgical intrauterine insemination 95%
Frozen semen is made up of ejaculated spermatozoa suspended in an extender. Extender is a ﬂuid medium containing nutrients, buffers, and anti - microbials and, for frozen semen, a cryoprotectant to minimize disruption of the spermatozoa cells as they freeze and thaw. Cryoprotectants most commonly used are egg yolk and glycerol. Egg yolk may also prevent premature capacitation of spermatozoa.

Collect semen in a routine manner and perform a complete semen evaluation. Only very good - to excellent - quality semen warrants freezing. Samples with high percentages of proximal cytoplasmic droplets may not be suitable for freezing; presence of proximal cytoplasmic droplets has been associated with decreased fertilizing capability and poor survival after freezing and thawing. Semen samples containing 40% or greater blood and blood products are not suitable for cryopreservation; haemoglobin released by haemolysis decreases post - thaw viability.

The semen then goes through a process of extenders and slow cooling before finally being ready to transfer into straws in a permanent tank containing liquid nitrogen. All samples must be maintained in ﬂuid liquid nitrogen or liquid nitrogen vapor for storage or shipment until they are to be thawed for insemination.

The semen of some male dogs does not tolerate freezing, presumably because of a subclinical disease or because of the semen’ s chemical incompatibility with the extender. It is strongly recommended that dogs intended for use as a stud with frozen semen have semen collected and frozen, and one straw or pellet immediately thawed to assess post - thaw quality. This should be done well before any bitches of interest are in heat. Because some males can be identiﬁed as having semen that is difﬁcult to freeze, breeders should be reminded that their unique problem may have a genetic basis.

This article appeared (with permission) in the DOGS NSW magazine, December 2017 edition.