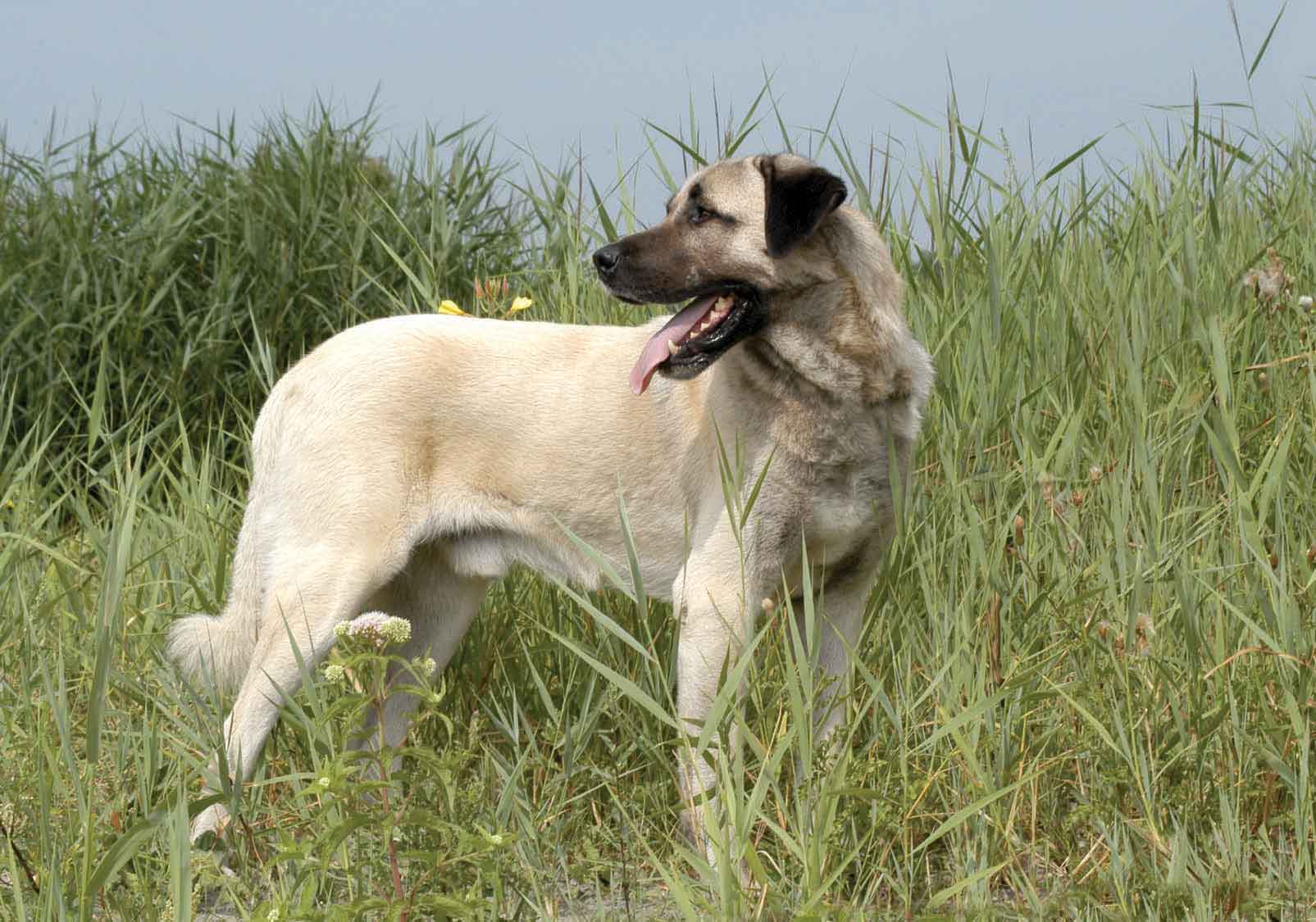 The Anatolian Shepherd is a shepherd’s guard dog of ancient lineage, probably descended from the large hunting dogs existing in Mesopotamia. The breed has evolved over the ages to suit a specific set of circumstances. Of these the most formative are the climate – hot and very dry summers, very cold winters – the peoples’ life-style- settled, semi- and wholly nomad – and the work assigned to the dogs. They guard flocks travelling great distances on the Central Anatolian Plateau. They stay out whatever the weather may be. 1.

Combining its natural instincts with training, an Anatolian can be left to defend its flock from predators without human instruction. Depending on its location, the breed is used to protect sheep, goats and even fowl from predators. In Turkey these include wolves and bears and in Australia the breed is just as effective against foxes and wild dogs. 2.

An Anatolian must be large, prevailing, with a deep chest and overall muscularity. It is powerfully built, with a broad, deep head, blunt profile and a thick neck. The breed is known for its coiled tail. The most common colour in the western world is fawn, with a black mask and ears; however, all colour variations are acceptable and are seen descending from the varying landraces of Turkey. 2.

Eyes are rather small in proportion to size of skull, set well apart, showing no haw. Golden to brown in colour according to coat colour. Eye rims black except in livers. 1.

Ears are medium sized, triangular in shape, rounded at tip, pendant with front edge close to cheek, higher when alert. 1.

Hair: Short or half-long, dense, with thick undercoat. Great variations in coat length according to climate. Longer and thicker on neck, shoulders and thighs. The coat tends to be longer in winter. 1.

Steady and bold without aggression, naturally independent, very intelligent and tractable. Proud and confident. Loyal and affectionate to owners, but wary of strangers when on duty. 1.

Deceptively aloof comes to mind when describing an Anatolian’s mannerisms, with its infamous crossed paws and closed eyes; but one would be imprudent to take this at face value. 2.

An Anatolian, true to its heritage and origins, is generally a hardy, long-living dog, relatively free of endemic health issues. However, there have been incidences of hip dysplasia, entropian and hypothyroidism in the breed, so buyers need to be aware of these and seek evidence of appropriate health screening. 2.

An Anatolian is not for the novice owner, and ideally should not be contained in suburban environments. It makes a wonderful family companion when integrated correctly and should have access to self-regulated exercise. 2.

Being a Giant Breed that grows rapidly, the Anatolian’s overall joint care in regards to weight, nutrition and exercise is imperative. 2.

The Anatolian is perceived to be a large eater, but in fact, is not. This is because the breed conserves its energy in watching meticulously, preparing for a ‘kill chase’. 2.

An Anatolian has a thick, dense double coat; that is, long guard hairs that are shed all year round, and a plush undercoat that is shed seasonally twice a year. Although it does not matt, regular brushing during sheds assists in keeping up appearances. The breed’s coat can vary in length, often indicative of climate; it does not require clipping and only few baths. 2.

Overall, the Anatolian Shepherd Dog is a loyal, devoted protector of its pack. 2.

Now you know a little more about the Anatolian Shepherd Dog you may think that this is the dog for you. Before you make a decision, please make contact with the breed club or your state controlling body for purebred dogs and they will be able to give you more information about available puppies and also suggest dog shows where you can see the breed and speak to breeders. In this way you will gain a better perspective of the Anatolian Shepherd Dog and its needs and whether this breed would indeed suit your lifestyle.