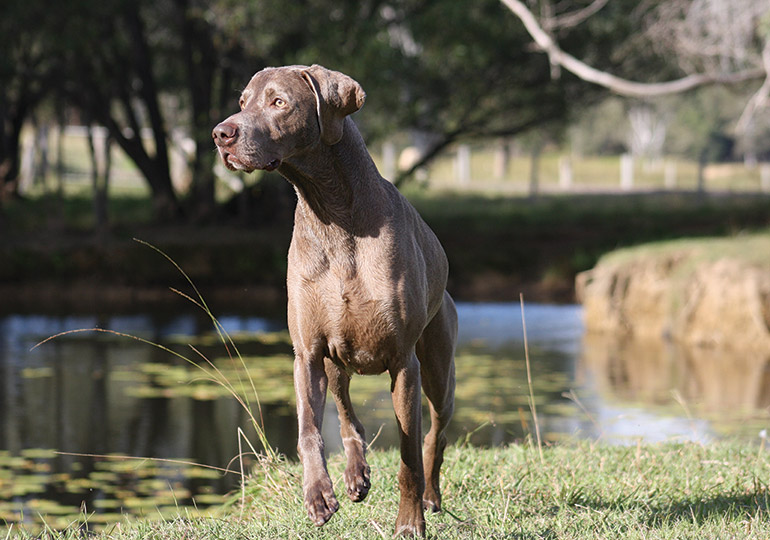 The Weimaraner is a relatively young breed of hunting dog and dates back to the early 19th century. Historians believe the Weimaraner’s early ancestors can be traced back to the Red Schweisshunden dog, whose genetic recessive red and tan colour was responsible for producing the unique silver-taupe colour of the Weimaraner hunting hound.

Through selective breeding of hunting breeds, including the German Pointing breeds, by Grand Duke Karl August of the Court of Weimar in Germany, the Weimar Pointer was developed to be used in the hunting of big game, such as bear, deer, wild boar and wolves, which all existed at that time in the forests around Weimar, the capital of Thuringia in Germany.

With the advent of civilisation, the larger breeds gradually disappeared and hunters needed a dog with a soft mouth that could hunt smaller animals and birds and was capable of retrieving over land and water. In 1897, amateur sportsmen formed the Weimaraner Club of Germany and drew up the breed’s specifications.

It was not easy to purchase a Weimaraner and only club members, who had to prove their record of sportsmanship and abide by the club’s breeding rules, were permitted to own and hunt with a Weimaraner. Thus any dog not suitable to be owned and bred from, as deemed by the German breed warden, was not allowed in the club’s stud book, and any dog that was not physically and temperamentally approved, was destroyed. Hence, it was very difficult to become an owner of one of these early Weimaraners.

The first Weimaraners came to Australia in 1955 and were imported by Drs. Roma and Chris Kristenson, whose prefix was “Passau”. These early breeders, and those who followed and imported Weimaraners from other parts of the world, so as to improve both the structure and temperament of the Weimaraner, resulted in the establishment of a highly competitive gundog here in Australia. Today, visiting overseas judges often comment that the Australian Weimaraner is recognised as being more than comparable to what is being bred in other countries overseas and, as a result, there is a growing interest from other breeders around the world to import Australian bloodlines.

The aristocratic and athletic Weimaraner and long coated Weimaraner, is a medium to large, balanced, hunting dog, having well laid back shoulders, good length of back set in a straight line (length of body to height at withers is approximately 12:11), great driving power from the rear and must present a picture of a well-muscled dog capable of doing a day’s work in the field. The Weimaraner’s hunting ability is paramount, so his conformation should reflect this.

This passionate hunting dog, whose temperament is friendly, fearless, and obedient yet protective, but not aggressive, has a close relationship with his owner and family.

The Weimaraner is generally a healthy and often a long lived dog, but new owners should be made aware of the following that on rare occasions may occur: gastric torsion or bloat, eyelid disorders (Entropion and Ectropion), inward growing eyelashes causing chronic eye inflammation, extra eyelashes, reactions to multiple vaccines, Epilepsy and Haemophilia. Responsible breeders do everything they can to eliminate such problems in their lines, so puppies should only be purchased from registered and knowledgeable breeders.

The intelligent Weimaraner is the ideal family dog, devoted especially to children, but needs to be taught the house rules and understand that he is not the boss of the household! Being a gundog, bred to be the hunter’s companion as well as his working dog, the Weimaraner loves to be close to his owner, so enjoys nothing more than exercising with him, sharing the luxury of being inside the home and being included in the family activities.

Words: Lainie Knox on behalf of The Weimaraner Club of NSW Inc

Now you know a little about the Weimaraner you may have think that this is the dog for you. Before you make a decision, please make contact with the breed club or your State controlling body for purebred dogs. They will be able to give you information about available puppies and also suggest dog shows where you can see the breed and speak to breeders. In this way you will gain a better perspective of the Weimaraner and its needs and whether this breed would suit your lifestyle. 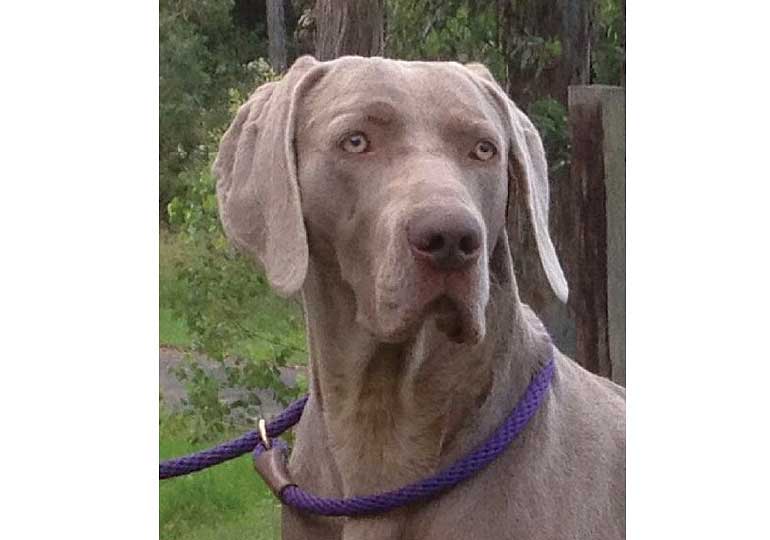 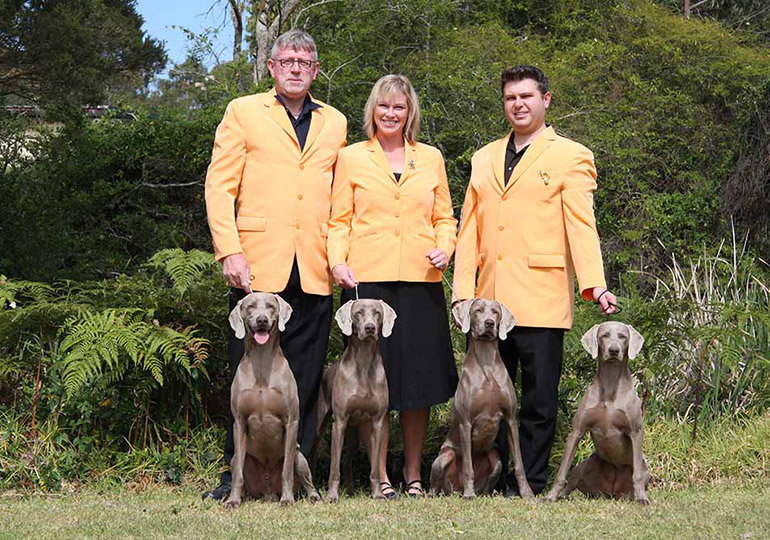 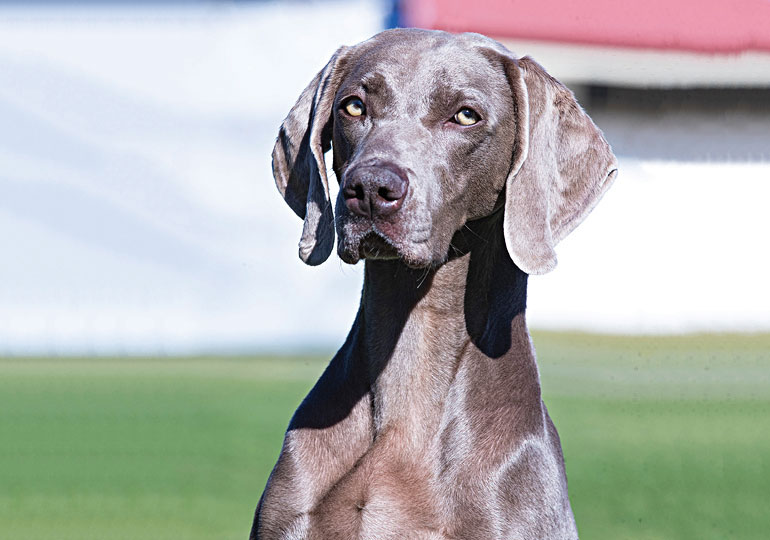