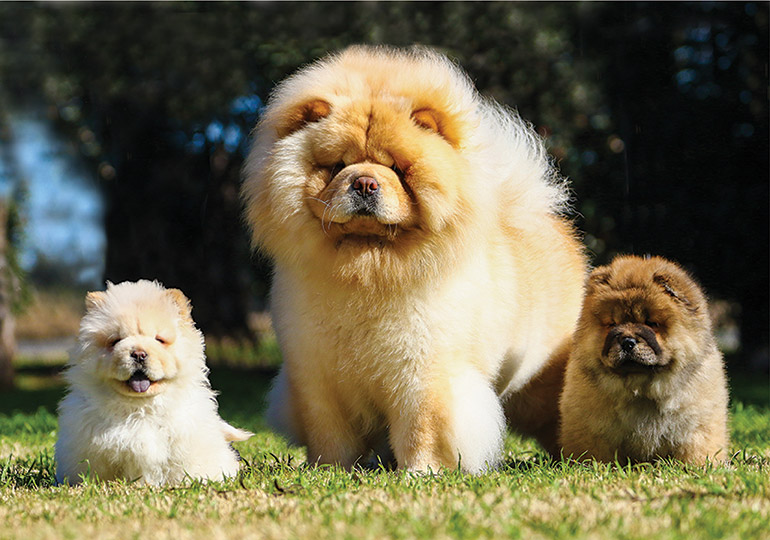 It is believed that the Chow Chow’s ancestors originally came from the Arctic Circle, from where they migrated to Siberia, Mongolia, and China. One school of thought is that these early dogs resulted from a crossing of the early Samoyed with the Mastiff from Tibet. On the other hand there are those who believe that the Chow was himself one of the basic breeds. The ancestor, rather than the descendant of the northern type dogs, which include the Samoyed, along with the Norwegian Elkhound, Keeshond and the Pomeranian.

The Chinese ancestors of the Chow Chow were basically hunting dogs and the only ones native to China. In the days of the great imperial hunts they were used as both pointers and retrievers and we have heard it stated that one Chinese emperor, with ten thousand huntsmen in his forces, kept at a time, more than two thousand of these dogs to accompany his forces. Selective breeding of these dogs seemed unimportant to the majority, following the end of these great hunts, and it was only thanks to a small number of the wealthy and the nobility that secret breeding of them continued, which probably saved the breed from extinction.

A massive, cobby, powerful dog, which is active and alert, with strong, muscular development and perfect balance (minimum height for Chows to be 46 cms). The body is square with a well-knit frame, and its tail is set high, carried well over the back. Head and skull is flat and broad with little stop, well filled out under the eyes. Muzzle is moderate in length, broad from the eyes to the point. Nose black, large and wide in all cases (with the exception of cream and white, in which case a light-coloured nose is permissible and in blues and fawns, a self-coloured nose); but in all colours a black nose is preferable.

Eyes are dark and small, preferably almond shaped (in blue or fawn dog a light colour is permissible). Teeth are strong and level, giving scissor bite. The tongue is bluish black with flews and roof of mouth black. Neck is strong and full, set well on the shoulders and slightly arched. Shoulders muscular and sloping. Forelegs perfectly straight, of moderate length and with good bone. Chest is broad and deep. Back short, straight and strong. Loins powerful. Hindlegs muscular and hocks well let down and perfectly straight, which are essential in order to produce the characteristic stilted gait. Feet are small round and cat like, standing well on the toes. The coat is abundant, dense, straight and stand-off. The outer coat is rather course in texture, with a soft woolly undercoat. The Chow Chow is a profusely coated dog and balance should therefore be assessed when the coat is at its natural length. Whole coloured black, red, blue, fawn, cream or white, frequently shaded but not patches or parti-coloured (the underpart of tail and back of thighs frequently of a light colour).

A lion-like appearance and proud bearing of an animal one respects. Stilted hindleg gait (not the up-and-down movement of other breeds), almost like the swinging of a clock pendulum. Unique in its stilted gait and bluish-black tongue. The tongue must be blue with no pink spots or streaks and in a Chow with good pigmentation, the under part of the tongue where it joins the mouth is a dense black. When the Chow is hot and pants, if well pigmented, the tongue still stays blue. Both action and pigment are important factors in a Chow’s make-up and unique to this breed.1.

Over the years the Chow Chow has always carried the stigma of being very unsure of strangers and has been greatly misjudged as being untrustworthy. But over the last thirty years, to my knowledge, most breeders have taken great pains to rectify this situation and most Chows now are very friendly. They are still very aloof, but that is a characteristic of this breed.

This is a hardy breed and makes an excellent family pet. It is advisable to start with a puppy and raise the puppy in a family atmosphere. Fencing is a must, as it is quite common for puppies to be stolen. Also it is advisable to have a member of the family at home when the puppy is young, as they require extra feeding and care until they are of age.

Now you know a little about the Chow Chow, you may think that this is the dog for you. Before you make a decision, please make contact with the breed club or your State controlling body for purebred dogs. They will be able to give you information about available puppies and also suggest dog shows where you can see the breed and speak to breeders. In this way you will gain a better perspective of the Chow Chow and its needs, and whether this breed would suit your lifestyle. 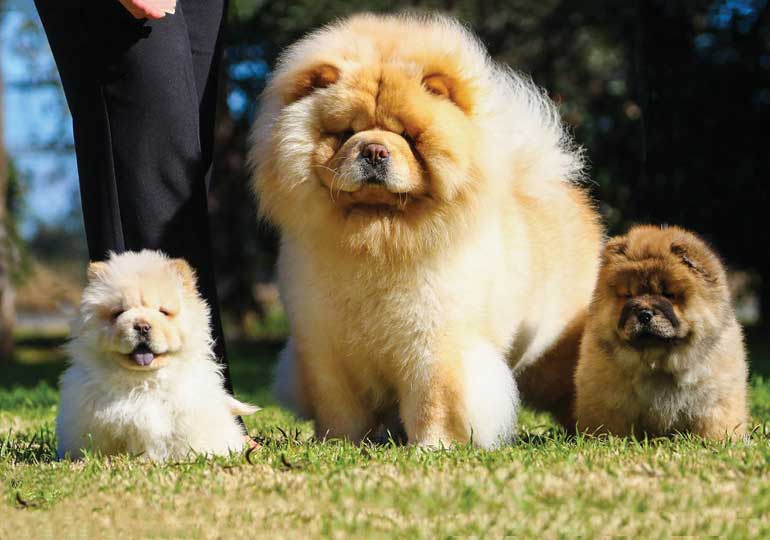 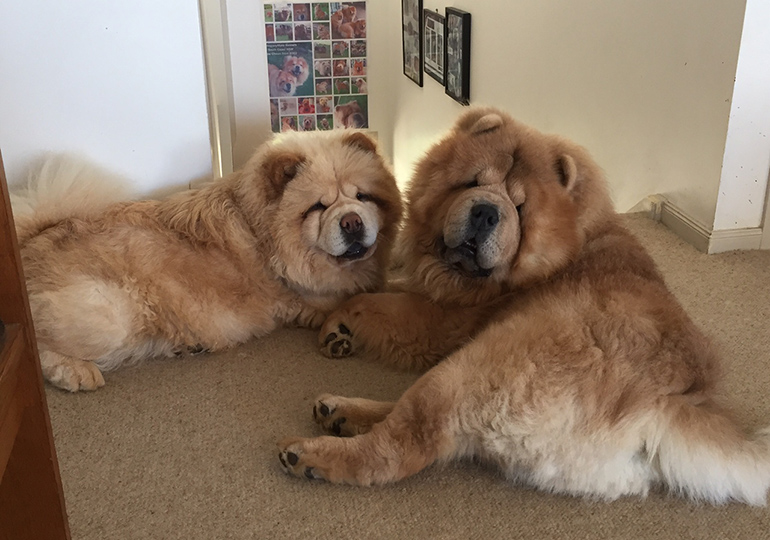 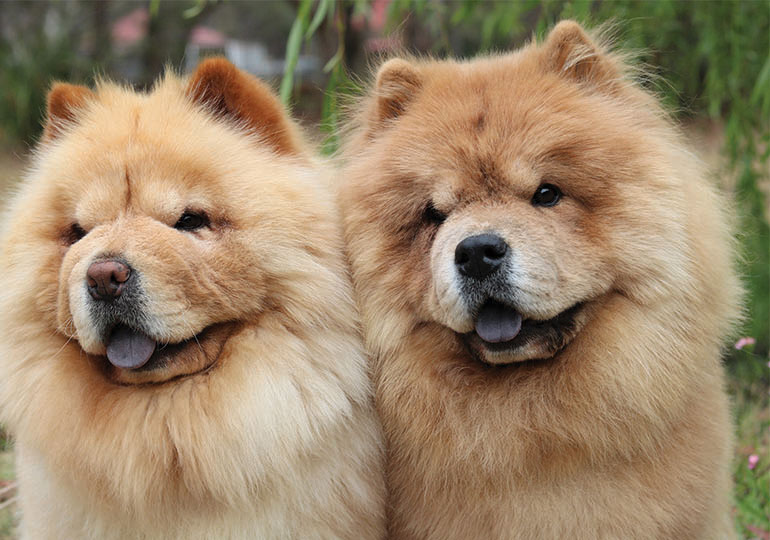 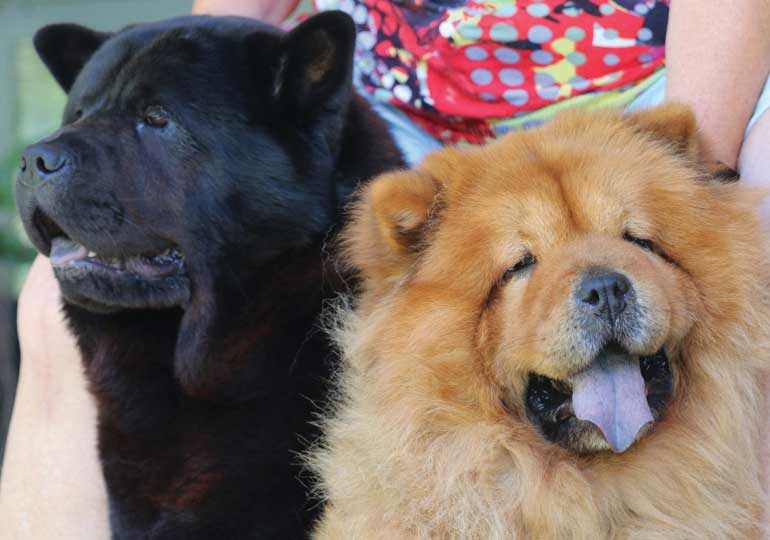